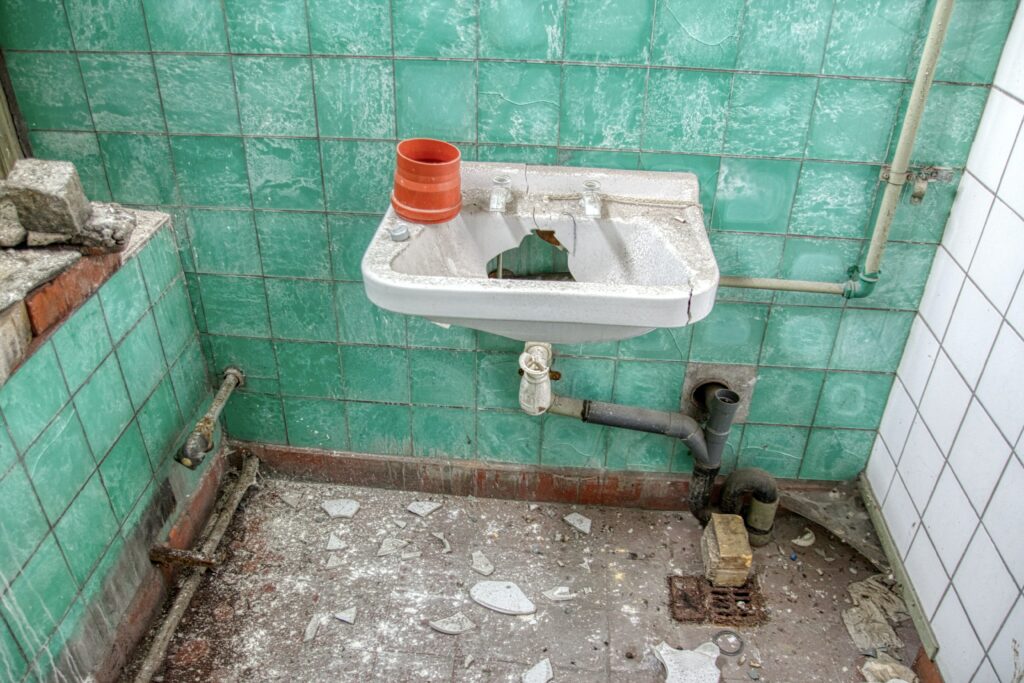 Dam levels in South Africa are today commonly above 100%. And while the country hasn’t recorded many floods this rainy season – it is a time when homeowners get concerned about water damage due to poorly maintained water mains – and closer to home water damage due to a burst geyser or water leaks from their own property if they have not adequately maintained their plumbing systems.

That’s often because South African homes are increasingly full of high-tech gadgets that even a small amount of leaking or flooding could destroy. South Africa’s homeowners are increasingly interested to refurbish their homes with smart tech, and smart leak detectors are one option for mitigating water damage.

For the typical homeowner, it’s difficult to understand the gravity of a water damage scenario until they experience it first-hand, and the plumber can develop a new line of work by ensuring they never have to.

Homeowners who have never had first-hand experience of real water damage would typically imagine a dripping ceiling and/or flooded floor as such an out-of-the-ordinary incident. To some, it isn’t necessary to take proactive leak detection measures or truly understand water damage risks. However, the reality is water damage is more likely to occur than fire damage.

This puts plumbers in a unique position to serve customers by debunking the common myths homeowners may believe and educating them on the best ways to prevent water leaks.

Tell them why water damage matters

The plumbing business is all about building community trust and providing quality customer service while also educating them along the way. Leak and water damage education can go a long way to help your business position itself as the preventative ‘water leak’ expert in your community.

Educating customers doesn’t have to take much of your valuable time. It can be as simple as posting simple facts on social media to address misconceptions or writing blog posts with a fact sheet or leak prevention tips. Either way, you’ll want to focus on these six common water damage myths:

Myth no.1: “Water damage won’t happen to me”

Tell them it very well could. According to Property24.com, damage from burst geysers overtook burglaries as the most common household insurance claims last year with more people staying at home. Plus, water damage is the no.1 cause of damage to luxury homes. Bigger buildings tend to have more potential failure points like appliances and connections, the larger the house, the higher the chances of a leak.

Myth no.2: “I’ve already experienced one leak, so the probability of another happening is minimal”

Tell them that the truth is, the first leak is less often a one-time event as an enduring issue is likely to lead to another. In fact, you’re at least two times as likely to have an additional leak, according to insurer AIG.

Unfortunately, leaks aren’t always obvious. Sometimes they can look like water spots on the ceiling while other times they’re hidden behind the wall or even underground. That’s why leak detection is invaluable for catching small leaks before they turn into big problems. Some visible and nonvisible signs of leaks can include:

Tell them that small leaks can and often do turn into big ones and major headaches. The longer water drips, the worse the damage. Constant and prolonged leaking can also cause mould growth, which can be harmful to your health and costly to remove – and in extreme cases make a home unhabitable.

Myth no.5: ”Homeowner’s insurance will cover water damage costs if I ever get a leak”

Tell them that water damage can end up costing more than the homeowner thinks when it comes to insurance. Their premium will most likely go up, and a claim could be rejected if not declared to the insurer. It is not uncommon for insurance companies to drop customers during the renewal process to avoid dealing with small water-damage claims that could become costly mould problems. Even buying a new insurance policy can become a challenge too as many insurance companies refuse to cover applicants with multiple claims in the past three years.

Myth no.6: “There’s really nothing one can do to prevent water damage”

Tell them of the many best practices to minimise their risk of a leak: