The PIRB’s auditor’s casebook 1: Three in a row! 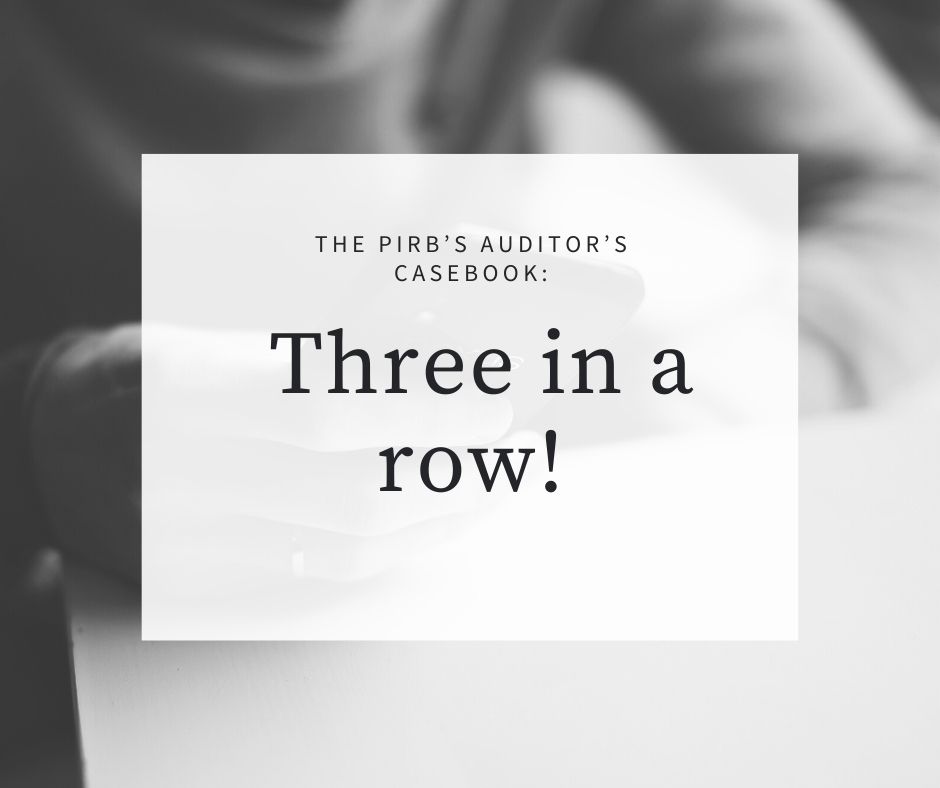 One of IOPSA’s auditors recently sent the PIRB a ‘voice note’ on WhatsApp saying: “Well blow me down with a feather!”

Yes, after Dave’s* first successful audit that day, he mentioned how overly impressed he was with three PIRB registered plumbers.

“Since my last message, a couple of hours ago, I’ve since done two more audits. And both of those audits – I’ve actually called both of those plumbers to congratulate them.”

Upon auditing the sites where the plumbers had done the respective plumbing jobs, Dave found that the circumstances of the plumbing works were extremely difficult – so much so that he would have declined the job himself.

“All of the I’s were dotted and the T’s crossed. And it was such an extremely difficult space to work in – I would almost decline that job myself. Yet, the lagging is in place, it is properly taped up and closed. The plumber must have laid on his stomach to put that TP discharger in. So, that’s three audits in a row where I’ve called the guys to say, ‘well done’.”

And it is not something Dave would do often; no. A plumber must really do his best to get a congratulatory call from Dave!

And so, Dave and other auditors have systematically noted an improvement with these laws being followed to the ‘T’.

Dave later mentioned that when he originally started auditing the general level of plumbing and adhering to national standards were much lower than it is now. That is also why he and other auditors continue to provide comments and guidance when auditing plumbers registered with the PIRB.

“This incident was next level it just shows how far it came in the few years that the audits were happening. To see plumbers going the extra mile to make sure that even the most difficult of installations is done correct is quite heart-warming and reassuring,” he said further.

Also read: Why is there a need for a CoC audit?

The PIRB’s auditor’s casebook is a new, featured section of our news department. The auditor’s casebook follows real stories from plumbers, auditors and homeowners to show plumbers what is happening within the industry and to provide them with some exciting reading material.

Please note that names, addresses and other personal details are (and will be) changed in these articles and stories.