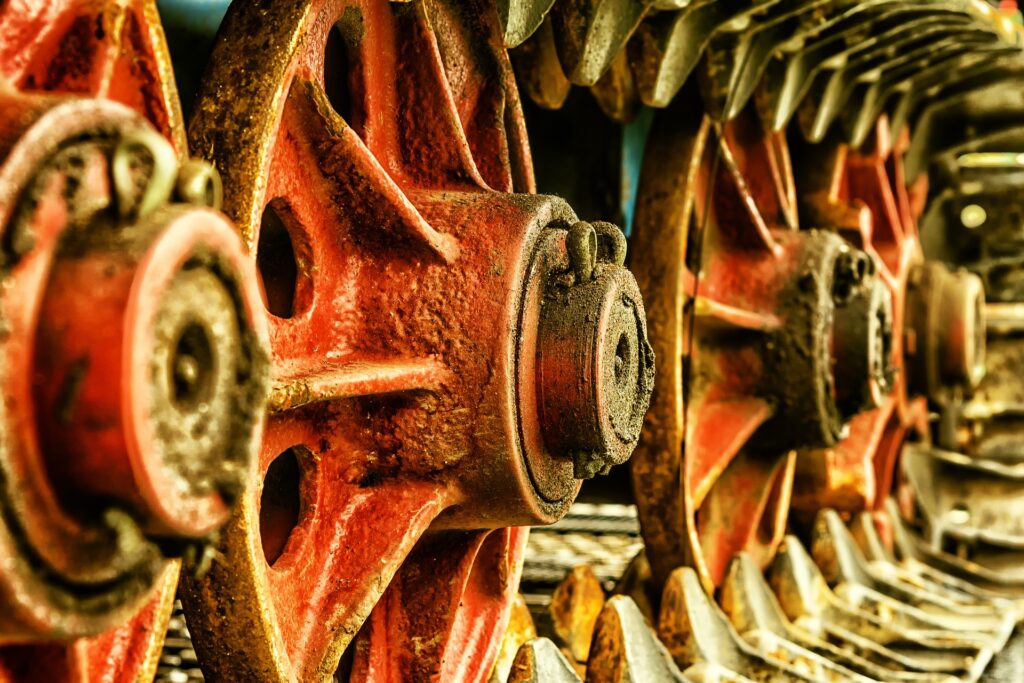 Speaking at dmg events Coatings for Africa expo and conference on 4 May 2022, Greg Combrink, member of The Corrosion Institute of South Africa gave a presentation on rust and corrosion, its impact on metal embedded in concrete, as well as on other industrial and consumer materials such as in plumbing infrastructure.

The definition of corrosion is a chemical or electrical reaction of a material with its environment. In the broadest sense of this definition it applies not just to metals, but any organic material and also plastics.

“Corrosion – or in the case of iron and steel, we call it rust – is everyone’s problem. That’s because the cost of corrosion to the global economy is astronomical. Corrosion is the most pernicious occurrence known to mankind – more insidious by far in terms of loss than natural disasters. Research has shown the direct cost of corrosion worldwide (which is the replacement of materials and their installation) is about 4% of global GDP lost every year. In total, this has been estimated at US$4 trillion each year. 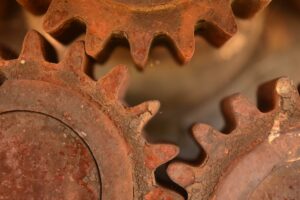 “Wits University did some local research in the 1990s and found the South African equivalent loss to be higher at 5.2% of GDP – which is equivalent to the revenue of the entire South African mining industry. This amount of approximately R260 billion (or R4 400 a year for every resident of South Africa) is lost every year – just as a result of corrosion. A quarter or more of this amount could be saved just by using existing technology,” said Combrink.

“In addition, there are also even larger indirect costs such as interruptions in factory production, as well as environmental damage through carbon dioxide produced in replacing the steel, or toxic liquids escaping from a tank or pipeline which has sprung a leak from corrosion. The rule of thumb estimate is that the indirect cost is about double the direct cost. There’s also considerable loss of goodwill that can come from a leak from a sewer drain that subsequently leaks into our rivers,” he added.

One of the consumers’ most common experiences with corrosion is a ‘burst’ geyser. “It doesn’t actually burst. Rather, it starts to leak water most commonly because of the corrosion that has taken place inside it. Every geyser has a coating inside it usually of a vitreous enamel as well as cathodic protection. Every geyser comes with a ‘sacrificial anode’ which will corrode preferentially rather than corrode something which it is tying to protect. However, this anode has to be periodically replaced (every one to two years, depending on the hardness of the water it uses). In fact, few people know of this and some geyser manufacturers also put cover plates on so they cannot in practice be replaced,” said Greg.

“The anode has to be made of specified materials – zinc, aluminum or magnesium – or else it will poison the water. Over a period of about 18 months the anode gets almost completely consumed by corrosion – but which stops the rest of the geyser from corroding. The geyser interior does have a coating, but thermal fluctuations create stresses inside which crack the coating exposing the metal substratum and that starts to corrode.

“Consequently, the typical life of a modern geyser is six years. However, one of our members has devised an impressive current system whereby an electronic device gives exactly the same traction over the surface as the sacrificial anode does. The beauty of this system is that it doesn’t corrode and will last the lifetime of a geyser which should be 40 years. The material it is made from has high tenacity for charge transfer.

“The inventors developed it with a battery – for load-shedding or people switching off their geyser to save electricity – that will continue working for 72 hours. It can also be discharged and recharged daily for 26 years. This is an enormous advance on geyser technology,” says Combrink. 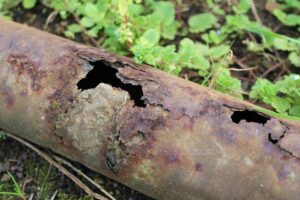 When it comes to large pipes used to pipe gas, it gets affected by microbial-induced corrosion that works extremely fast. Bacteria grows on the inside up to a centimetre deep. Cathodic protection can prevent this problem from happening but not once it has onset.

“It is important to monitor corrosion because it impacts us by damaging our machines and can also be dangerous to humans falling through a corroded roof, for instance. Even when it is no longer preventable, monitoring can provide an estimate of how much longer the material will last and when equipment would have to be replaced, as well as assist with developing a plan of maintenance, and estimating chances of failure.”

“One of the methods to reduce corrosion is by the application of an organic coating. Paint is applied not just for the sake of appearance, but also as a protective barrier against the environment.

“We promote research and recognise innovations in the field of corrosion prevention. It’s not just metallurgy and chemistry – it involves electrical engineering as well. In civil engineering, if the rebar inside a concrete structure starts to corrode it creates an increase in volume which causes the concrete to crack, leading to consequences as severe as the building collapsing,” says Combrink.

The Corrosion Institute’s objective is to raise awareness of corrosion and also to provide training so that companies can monitor their own plant, equipment, and infrastructure, thereby reducing the economic impact of corrosion. It is also a networking organisation for people to exchange ideas on their corrosion challenges. “By raising awareness, we aim to get people to understand that corrosion is not inevitable. There is an engineering aspect to designing infrastructure, and by implementing all the methods there are to stop corrosion ensure it will last as long as is required and will not fall victim to it.”