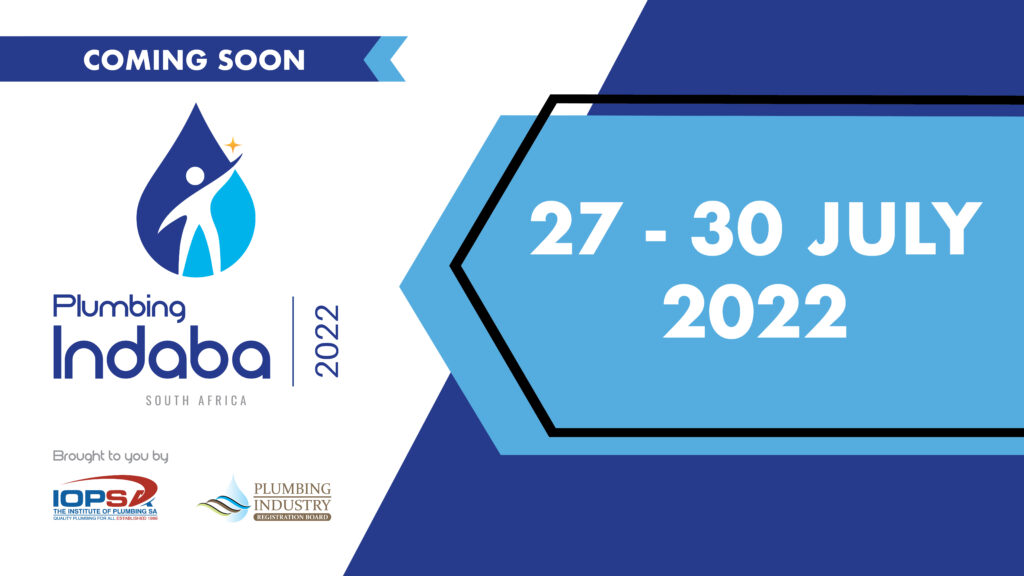 PIRB and IOPSA are jointly hosting an inaugural Plumbing Indaba during 27 to 30 July this year to discuss the various issues facing the plumbing industry in South Africa.

Brendan Reynolds, executive director of IOPSA, describes the event as follows: “Thursday 27th will be a full day of conferencing with about 15 or 16 stalls, and opening with breakfast for IOPSA members only. After that breakfast, it is open to anyone. That first day’s conference will be from 10 am to 3 pm. In the evening there will be the IOPSA industry awards at a black-tie gala dinner, where IOPSA will be awarding people that have done exceptionally well in our industry. IOPSA will also be having its AGM during the afternoon.

“Friday is another full day of conferencing with PIRB hosting its AGM (at this point still to be confirmed) and otherwise the evening is free. On Saturday IOPSA will hold its National Executive Committee during the day, and that night there will be the Champions for Charity annual boxing tournament,” he says.

“This conference is entirely disrelated to IMD’s PlumbDrain or PTE (Plumbing’s Travelling Exhibition) expo, which we continue to fully support. It is a different format, bringing together experts and speakers from various places including from Germany, various senior people from government departments and from other industry bodies. The latter will include associated bodies such as the professional roofing and waterproofing association and the Corrosion Institute Southern Africa.

“There may also be representatives of the South African water chamber and thermal insulation body. We’re getting our industry together for some thought-provoking discussions and interactions.”

Other associations are invited because there is considerable overlap between plumbing and many other industries, and their associations are doing work that is of considerable interest to plumbers. The Corrosion Institute for instance has an entire course on corrosion in pipes. “This covers things that as plumbers we don’t really know about for instance, if you’re laying a water pipeline next to a railway line there’s static electricity being generated which badly corrodes the pipes. There’s a lot of new research that could be really useful for plumbers, and some good areas where we could cooperate,” concludes Reynolds.