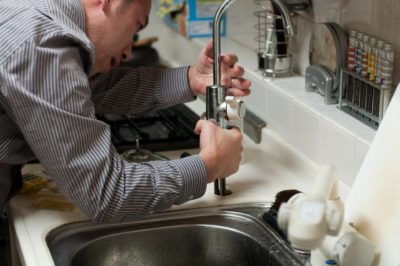 The Minister of Cooperative Governance and Traditional Affairs Nkosazana Dlamini Zuma recently announced changes to the national lockdown regulations, while she also reiterated that plumbing services are to remain open.

On 16 April 2020, Dlamini Zuma, and other members of the National Command Council (NCC) dealing with the COVID-19 pandemic announced changes to the regulations that were necessitated by the extension of the lockdown.

She said that opening up some sectors was part of the government preparing for an end to the lockdown. She said some regulations would remain the same even after the end of the lockdown.

During a press conference, she said that some warehouses could operate, specifically the ones providing essential services assistance. According to IOL, Dlamini Zuma said that industries that will be open (and remain open) are call centres that deal with insurance claims and plumbing services. Information Communication Technology suppliers who provide a service to ICT technologies would also be allowed to operate.

On transportation, Dlamini Zuma said they had noticed that people were continuing to transport alcohol during the lockdown. She said the only movement of alcohol would be the one used to manufacture sanitizers. She said the sanitisation of goods that were imported was no longer needed as it has been noted that by time goods travelling by sea arrived at the country’s ports, the virus would not be detected.

She also said port operators would be allowed to move goods and export them to decrease congestion on the country’s ports.

On funerals, Dlamini Zuma said nothing much was changed and only 50 were allowed at a funeral. To travel for a funeral, people would still need to obtain permits from the court or a police station. Those who could not wait for permits were allowed to use affidavits. She said the opening of hotel stays was removed.

After there were many complaints from parents about shared custody of children, she said that parents could move their children but they would need to have evidence of a birth certificate or a legal letter.

Coal mining operations continue to operate and ensure supply to Eskom during the lockdown. Dlamini Zuma said mines can start operating at 50% and will gradually be increased over time. Conditions for such openings include that mining companies should provide transportation for employees, testing and quarantine facilities.

The national lockdown was meant to end at midnight on Thursday, 16 April 2020 but President Cyril Ramaphosa announced an extension which will see the lockdown end on 30 April 2020.