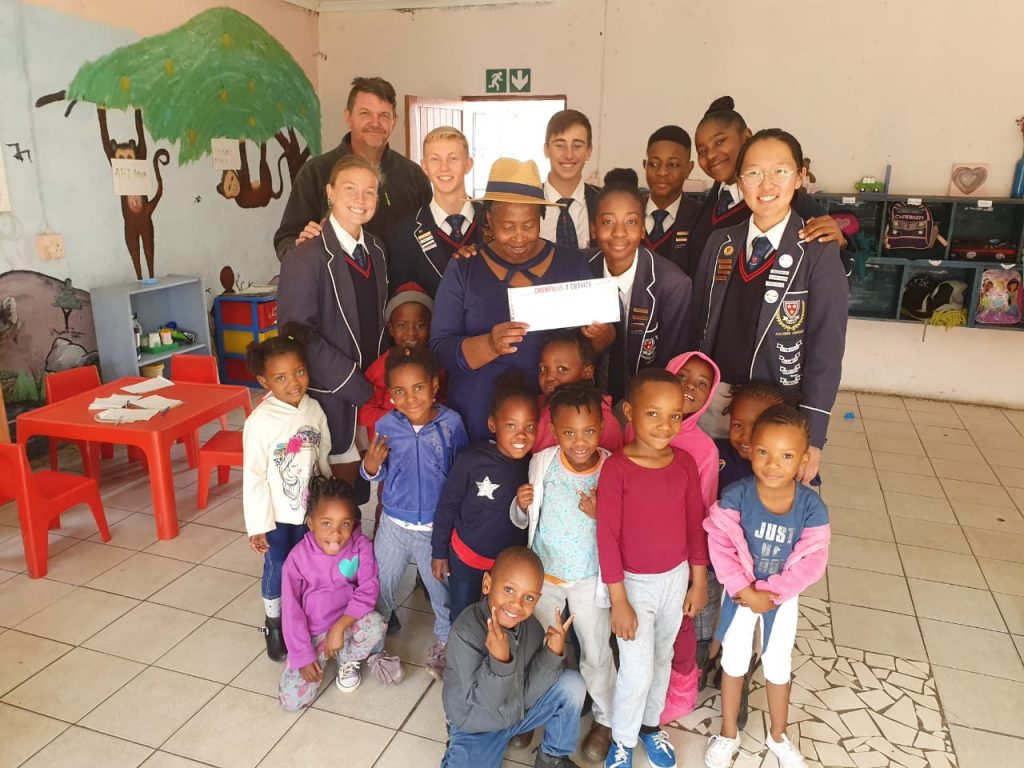 Various charity ‘boxers’ recently handed over their cheques to their chosen charities after stepping out of the Champions 4 Charity boxing ring.

One of these champions includes Lea Smith from the Plumbing Industry and Registration Board (PIRB). He recently handed his donation over to the Sutherland High School’s charity of choice, Dimphonyana Tsa Lapeng in Olievenhoutbosch, Centurion.

The donation comes after Smith took part in the Champions 4 Charity white-collar boxing that formed part of the plumbing industry’s commitment to Mandela Day earlier in July. The event which was organized by the plumbing industry through the auspices of The Plumbing Industry Registration Board (PIRB) and The Institute of Plumbing South Africa (IOPSA), ultimately raised over R90 000 for charity.

“Thank you so much for supporting us,” said Shalate Ngobeni, Managing Director at Dimphonyana Tsa Lapeng. “The donation will contribute to the renovations needed for our tuckshop which is one of our income revenues.”

Shalate said that they have a lot of renovations to do at the center and this donation allows them to start. They also have a pre-school and a children’s church at the center to maintain as well.

“We are further committed to creating a safe space for children and also provide skills development programs to help upskill the community.”

Another contender of the night, Robert Schoeman also donated almost R10 000 to AfriForum’s Wilmien Potgieter fund which ultimately aims to financially support children whose lives have been affected by farm attacks.

Schoeman said he wanted to do something for victims of farm attacks and murders. He and his wife, Wendy, also personally know people who have been victims of these gruesome attacks.

“We did not know who to contact at first, and then called AfriForum who told us about the Wilmien Potgieter fund. We are glad to contribute to this cause.”