Certificates of Compliance: Compulsory or not? 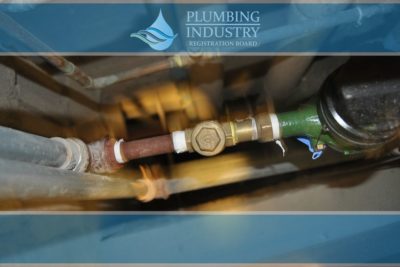 Certificates of Compliance: Compulsory or not?

Is the Plumbing Industry Registration Board’s Certificate of Compliance (COC) compulsory or not?

Is it compulsory to issue a PIRB COC, with the assumption that the plumbing works will be unlawful if a PIRB COC is not issued?

First of all, it should be noted that PIRB registered plumbers should always issue a COC on all plumbing works because any licensed plumber ultimately signed the code which denotes this upon registration. And second of all, apart from this, it is a legal requirement for a PIRB COC to be issued when plumbing work is done on a geyser, a solar water heater or a heat pump.

This requirement was introduced through the Water Services Act, the Occupational Health and Safety Act and the National Building Regulations. It was ultimately published in the South African National Standards (SANS) 10106, SANS 1352, SANS 10252-1 and SANS 10254.

SANS 10254 expressly demands the issuing of a Certificate.

Since SANS 10254 was incorporated into law, the issuing of a Certificate in terms of SANS 10254 is compulsory.

The purpose of this standard is to provide standards for the safe and correct installation of water supply installations for buildings and to ultimately demonstrate compliance with SANS 10252-1, thereby giving effect to their purpose, a Certificate must be issued.

The PIRB verifies this enforcement set out by legislation through COC’s. The PIRB COC was thus not an ‘afterthought’ but a planned out ‘system’ to eventually enforce these standards within the plumbing industry.

The PIRB was also formally appointed by the South African Qualifications Authority (SAQA) to monitor the standards of the plumbing industry.

And that’s why there are COC’s.