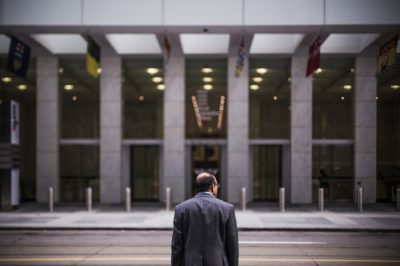 Developing a workplace with a “culture of nice” sounds like a worthy goal for any organization. But a workplace that fosters such a culture also needs to ensure the “nice” factor doesn’t mask a hidden problem: Employees who act nice in order to avoid confronting colleagues with things they find offensive or that hamper their productivity. Instead, they just maintain their autopilot smiles and pretend everything is fine instead of confronting the issues head-on in a healthy, constructive manner.

By doing so, however, they improve the odds of increased stress and poor mental health as issues fester, writes Ken Wysocky for Plumbing Magazine. And organizations ultimately run the risk of higher turnover and decreased productivity as team relationships slowly unravel.

In short, a culture of niceness for the wrong reasons can actually derail organizational success, says Stacey Engle, president of Fierce Inc., a training company that teaches people how to have effective conversations that boost bottom lines.

If this kind of behavior and workplace culture is all too familiar, you’re not alone. A recent Fierce survey of 1 000 employees in America shows that 63% of respondents don’t share ideas, opinions or concerns for fear of being perceived as combative or uncooperative. Furthermore, eight out of 10 employees think it’s important for colleagues to think they’re nice, the study reveals.

Most people want to be liked. It’s human nature. From childhood on, we’re encouraged by parents and others to not say anything if we don’t have something nice to say. And more often than not, employees see what happens to colleagues who speak their minds and then suffer from adverse consequences, Engle says.

“Most people aren’t encouraged to effectively address issues head-on,” she says. “We tend to avoid difficult conversations or conversations that we frame in our own minds as difficult. But as more and more organizations emphasize transparency and accountability, it forces people to face issues directly. So they need to be skilled at this.”

Those who lack the skills run the risk of upending their careers. How? Inability to meet project deadlines because you don’t know how to have a healthy confrontation with a colleague whose poor work ethic is bogging things down, for example. And in doing so, you’re only making yourself a victim of the situation instead of proactively trying to change it, Engle says further.

In addition, organizations miss out on potential innovations and collaborations when people are afraid to voice opinions. Or they end up wasting substantial amounts of money on projects that have little chance of success, just because saner minds didn’t feel comfortable voicing concerns.

Moreover, it is also said that we tend to overexaggerate in our own minds the possible negative effects of voicing concerns. The truth in many instances is that colleagues will feel relieved when you clear the air by healthily raising concerns about various things, Engle says.

“As humans, we like to tell stories,” she says. “So we’re always telling stories in our head of what might happen (if we raise a concern), and we usually envision the worst outcome, which is a shame because almost all the time having these conversations enriches relationships.”

Let’s Talk About It

How do we go about raising concerns in a healthy and non-threatening way? First of all, it’s all about context; it’s important to frame the conversation as a joint exploration of a particular issue and how it affects things.

“Think of it as really not confronting a person, but confronting an issue,” Engle says. “People often avoid these conversations for a long time, so by the time they do have them, they do what we call a ‘dump truck’ — rattle off 16 examples of the behavior in question,” she says. “That’s very overwhelming.”

The best thing to do is to reportedly create a 60-second opening statement that clearly outlines the issue at hand, offers a brief example or two, and explains the negative effects.

Like anything else, practice makes perfect. Also, consider that reading the statement to yourself can be drastically different than actually saying it out loud. So it may help to read it aloud to a trusted friend or partner, Engle says.

Should you approach a difficult conversation any differently with a manager than with a colleague? Not really, Engle says, noting that the concept and strategy remain the same, although the stakes certainly are higher when confronting a supervisor. In either case, it helps to schedule a specific time for such conversations; you want to be sure you’re fully prepared, plus it’s not fair to catch someone completely off guard with a spur-of-the-moment conversation, she says.

There’s always the possibility that the person you’re talking with will get defensive. They may refute everything you say or blame it on something or someone else.

“But you have to be able to hold the space and say, ‘This is what I experience,’” Engle says. “You may have to continually redirect the conversation. If the person gets overwhelmed or emotional, it’s completely fine to either give him or her a moment or stop and schedule a follow-up meeting.”

Many times companies need formal training programs to teach employees how to face issues constructively. Organizations also need to consider if they truly want an environment where people can dissent and express their opinions in a healthy way versus just pay lip service to those concepts, Engle says.

But if no training is available, employees can teach themselves; it just takes preparation and practice.

“People make assumptions that things can’t ever change,” Engle says. “But unless someone tries, people — and companies — miss out on eliminating potentially damaging issues. In addition, lots of people leave jobs simply because they think something will never change. If you don’t do anything, it’s likely everything stays the same. And if what’s happening right now isn’t what you need to get where you want to go, you need to move the needle yourself.”