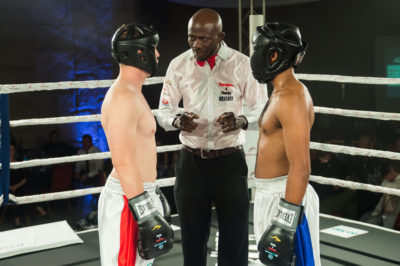 The plumbing industry’s ‘Champions 4 Charity’ refers to industry role players and heavyweights who gather once a year for a charity boxing match.

Together with a white-collar boxing experience, plumbing industry heavyweights battle it out in the name of charity.

As Plumbing Africa states, white-collar boxing is essentially for average Joes who have no history or experience in boxing who want to give boxing a bash. Fighters box for three rounds of two minutes each. They wear headgear and heavier, more padded gloves for safety.

Each participating fighter initially chooses a charity of their choice and then build up sponsorships for their fight. What is tallied for both fighters will represent the match prize and the winner of the bout will take home the majority of the winnings as a donation to their charity. The loser of the bout will receive the minority of the winnings for their chosen charity, so every charity wins!